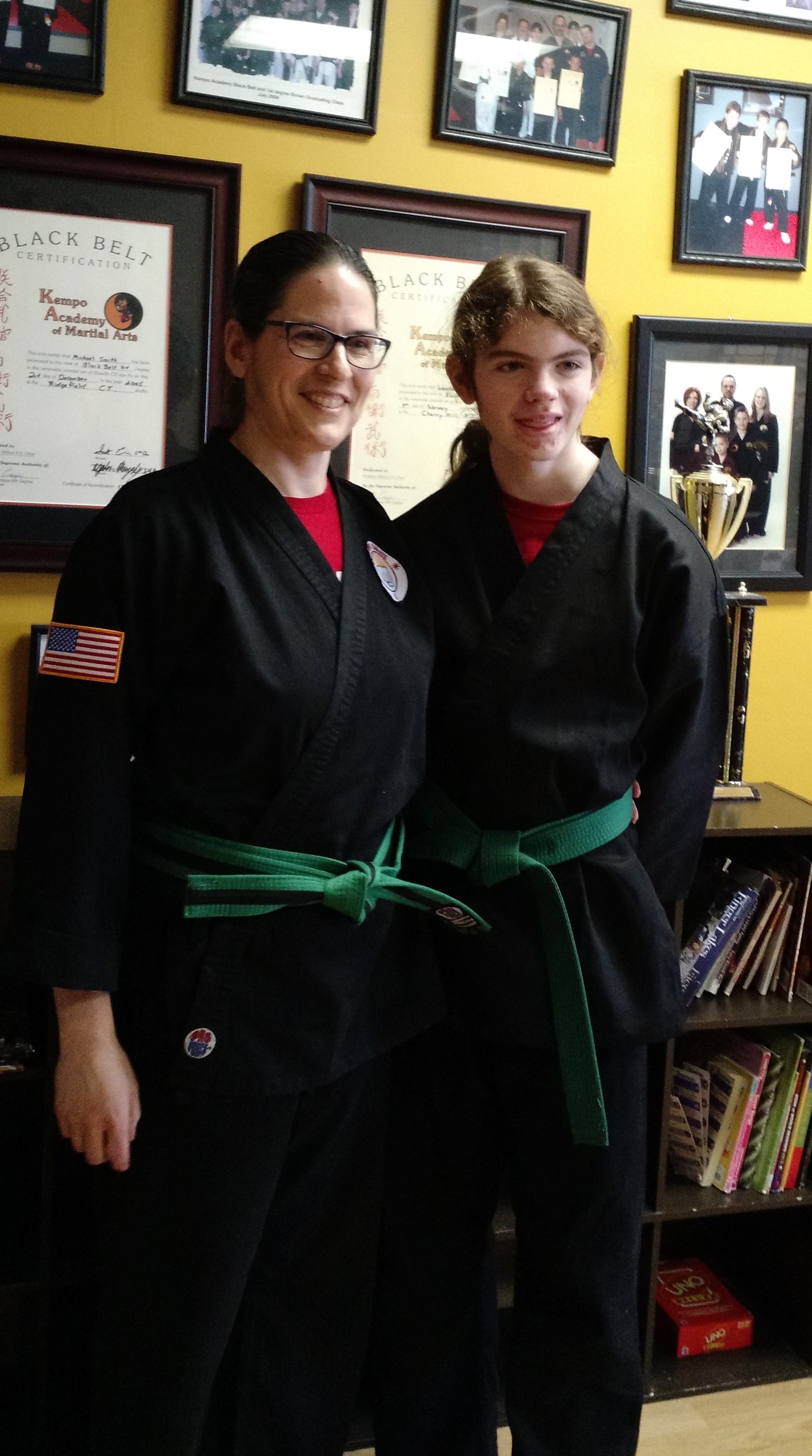 I didn't get a lot of reading time this weekend, in part because my younger son and I participated at the in-house tournament at our Kempo school.  I placed 3rd in "Moves" (short set-pieces that are designed to be turned into take-downs with a partner) and 2nd in Kata (forms).  While there are a few adult-only classes, because of scheduling, I typically train in a mixed class of folks from age 13 on up, (including my son).

I'm proud of my placement in forms, where I was completing against 2 High School level black belts (in fact they had just tested for their 2nd degree black  belt) and another mid-rank adult student.  Because this is an in-house tournament, winning isn't simply a matter of rank because we were being scored, in part, based on what is expected of your belt level.  I'm very proud that despite my simpler form, my better stances beat the teen black belt who is a powerful, canny opponent when sparring, but thinks of Kata as an after-thought and tends to be a bit sloppy. 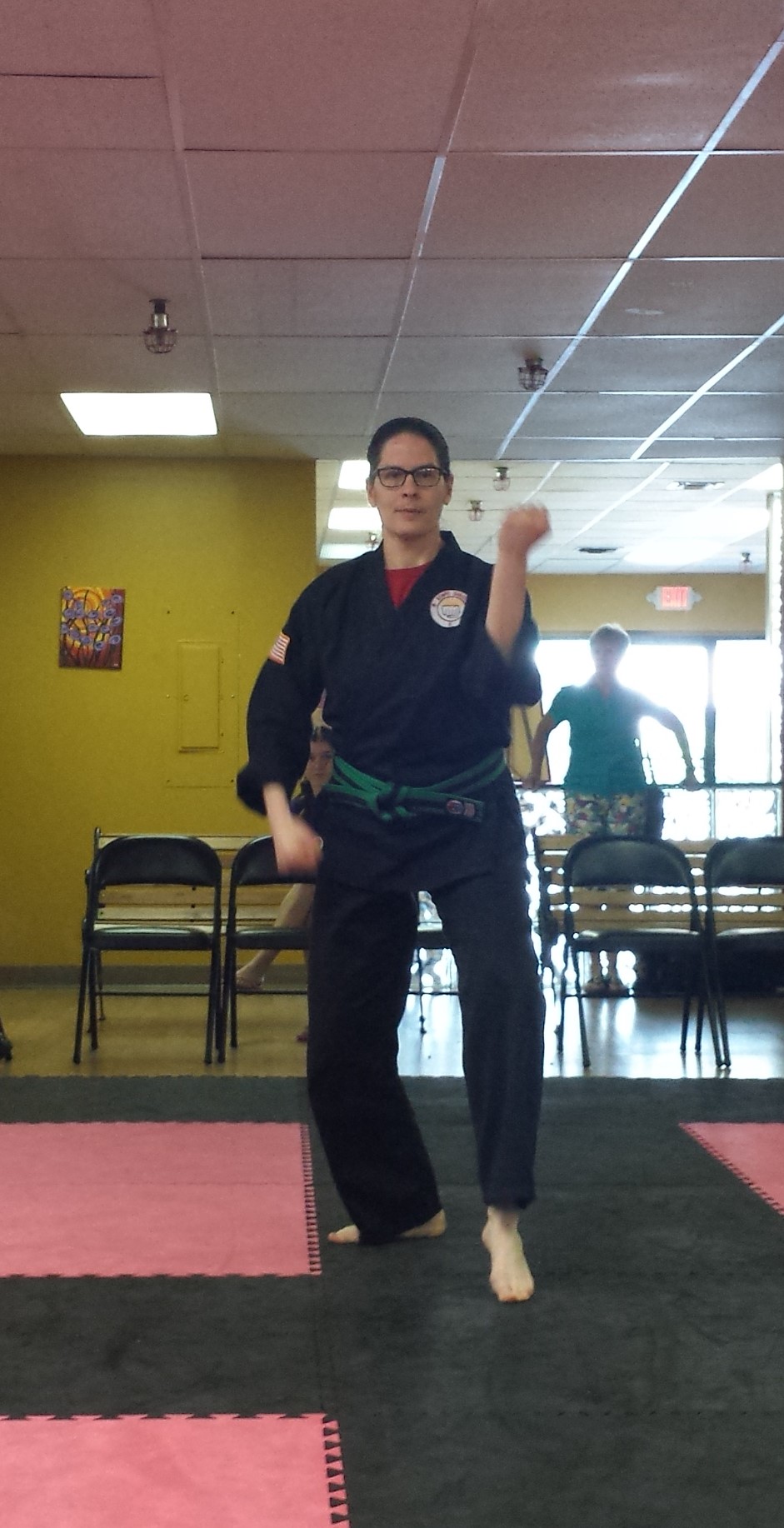 I do feel a bit funny about my 3rd placement in Moves. They included the Middle School student in the category, so there were 6 of us.  I agree that the 1st place (one of the High School Students) clearly earned it. The other adult came in 2nd, and I came in 3rd.  None of the 7th or 8th graders placed.  I'm not sure that it was fair to compare the body control of a mature adult against youngsters who are in the awkward figuring out a new body stage (My son has grown 8 inches in 2.5 years). I made an obvious mistake (forgot a kick in something that was relatively new to me) and hope the other students use their loss to drive them to train harder rather than being so upset that they didn't win that they lose the love of martial arts.