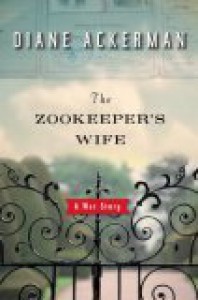 I don't normally like books about World War 2 and the Holocaust (and then feel guilty that I find reading about the trauma that underlays much of the modern Jewish experience unpleasant and unappealing). At the recommendation of a friend, I picked up The Zoo Keeper's wife as a book on CD. I was pleasantly charmed by the story of Antonina, Jan, and their son Rizchard, who saved many friends and acquaintances from the Nazi's. The book is a micro-history written for a non-scholarly audience, however its tight focus on the Zabinski's forces the reader to rely on a general understanding of the timeperiod from other sources. Part of the appeal is the cameo appearances of other notable figures from the time including Irena Sendler and Emanuel Ringelblum.

As a Jew, it is too easy to focus on the 6 million and ignore the death and disruption to millions of others caused as a result of the war. Before the war, Warsaw was a city of 1.3 million, approximately 30% of whom were Jewish. In January 1945, approximately 174,000 people were left in the city, less than six per cent of the prewar population. The Zookeeper's Wife personalizes the general destruction of Warsaw and the terrible impact of the war on everyone in Poland.
Tweet
943 BOOKS