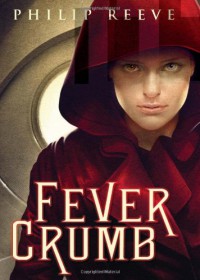 I seem to be in the middle of a string of prequels. Fever Crumb is the first volume in a story-arc that is a prequel to the Mortal Engines tetralogy. I read Mortal Engines not too long ago, but have not finished the other books in the series.

Fever Crumb is a nicely conceived contribution to the growing body of post-apocalyptic and Steampunk YA. Prequels often tell the story of a key moment in history that was already alluded to in the books that were written first. And Fever Crumb does just that, tells the beginning of the story of how London became a traction city. My biggest objection to the story is that the cameos by characters that were either mentioned or appeared in the later books was just a bit too blatant. (I can't say who without spoilers)